U05 was developped by Canbot after 3 years of reserch based on humanized concept, it has been deployed in more than hundreds of commercial applications such as exhibition halls,hospitals,banks,airports,shopping malls,administration hall and courthouse, promote intelligent upgrading of commercial services.

U05 is the first China mass produced service robot and the second in the world mass produced humanoid service robot for commercial applications,right after Pepper robot from SoftBank Japan. With the initiative modular design,U05 rolled off mass production line in 2017 and hailed as an epoch-making event in the industry .

With unique, Canbot U05 robot maybe easily disassembled into five modules,i.e head,arms,body and chassis,this effectively solves the pain points of large-scale humanoid robot in production, maintenance and transportation.At the same time, the software modular design with multi-master and multi-slave architecture can be customized quickly according to the requests of different industry application scenarios

U05 robot has up to 22 degree of freedom
motion joints, including 20 degree
of freedom for the arm, which
can perfectly display the rich anthropomorphic
body movements such as head raising,
head turning, lifting, arm bending, handshake,
walking, backsliding, turning and so on

U05 robot can achieve speech, movement,
gesture, expression, touch, induction
and other multi-modal interaction, with excellent
humanized presentation, as well as multilingual
and domestic 24 main dialect recognition,
so interactions are more natural.

Based on the autonomous consciousness engine
of robot and Usense emotion engine,
U05 robot has25 sets of basic facial expressions
and movements and 486 types of emotional
language expressions. The emotions and eyes
can also be customized, making the
robot full of humanization.

U05 robot has the possibility to collect
user interaction data if need and conduct
data management and analysis safely in the cloud,
so as to provide support for customers'
business decisions and bring business value.

U05 robot can automatically return to the charging station for charging when the power level is lower than the set limit according to the application situation.Full power state can last more than 8 hours, effectively solve the problem of battery life. 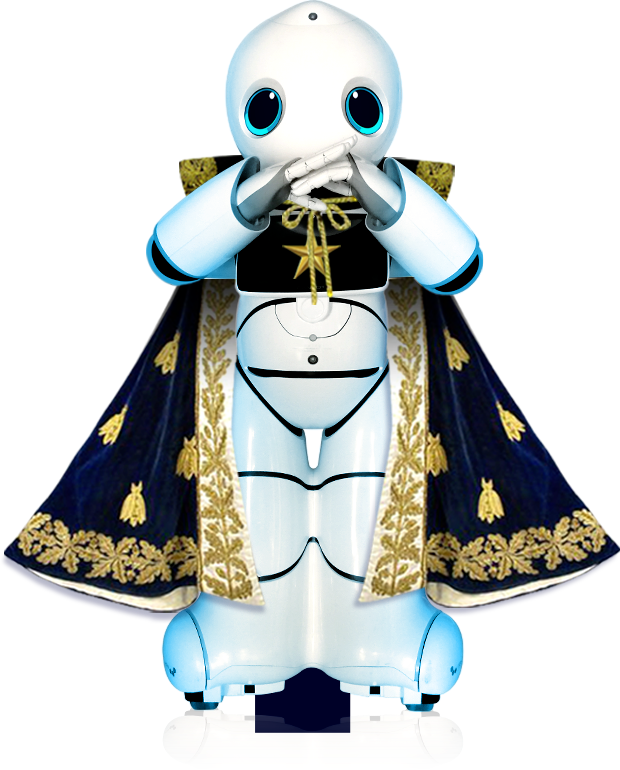 Since Canbot U05 robot came to the market, it was the focus and showed the
charm of China's intelligent sevice robots on important occasions such
as the 70th Anniversary of National Day Parade,the opening ceremony of the
13th National Games, the NPC , the CPPCC , the World Robot
Conference and so on.

Grand Celebration Honoring the 70th
Anniversary of National Day Parade
U05 robot stood on the "New Era" float,representing
the highest technology product of China
2017 NATIONAL GAMES Opening Ceremony
For the first time, a robot participated in
national event as a torch lighter
Reporting on the NPC and CPPCC as a reporter from
Xinhua News Agency for three consecutive years
U05 robot participated in the news report of a national conference for the first time,
representing the future of the combination of news media and AI technology.
Stand With Friends Around the World
U05 has received more than 100 foreign envoys including
Mr. Asimov, the former Secretary-General of the Shanghai
Cooperation Organization
Meeting with Authorities
On important occasions such as the World Robot Conference,
Canbot Robot was visited and praised by many high level authorities
Mercedes-Benz's new car is released
At the Mercedes-Benz E-Class new car launch conference
with the theme of "Building E at the Peak", intelligent
robot Youyou was invited to be the host of the "Offline Ceremony

Hosted and participated in more than 100 grand events, and well-known variety shows.
U05 becomes a well-loved celebrity robot 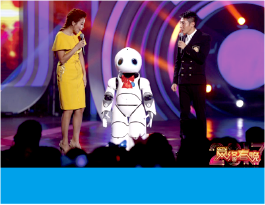 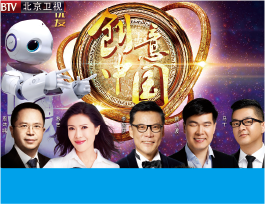 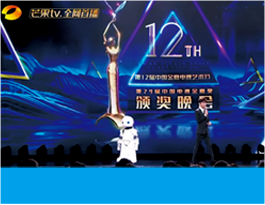 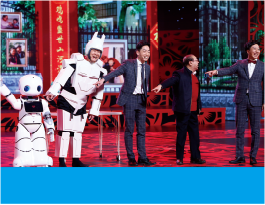 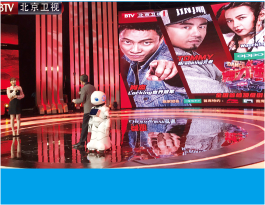 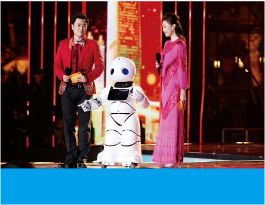 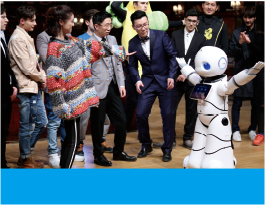 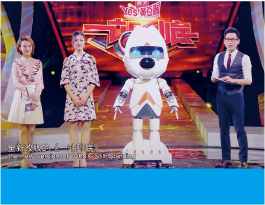 Jiangsu Satellite TV "One Stop to the End" 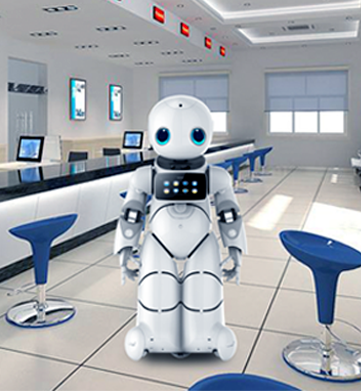 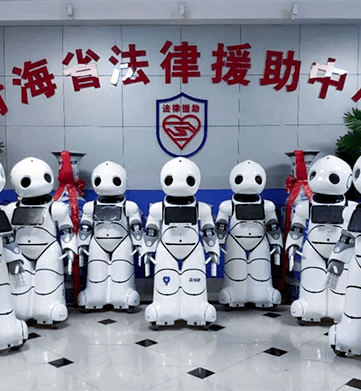 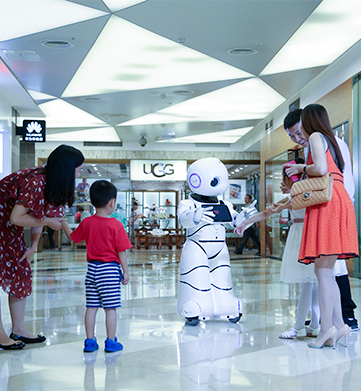 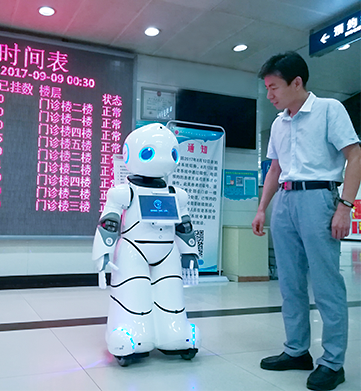 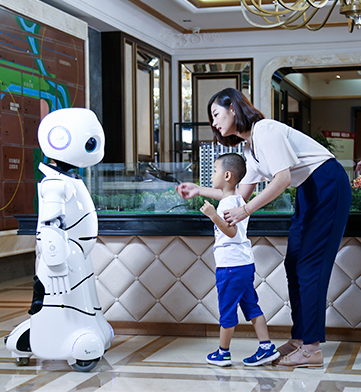 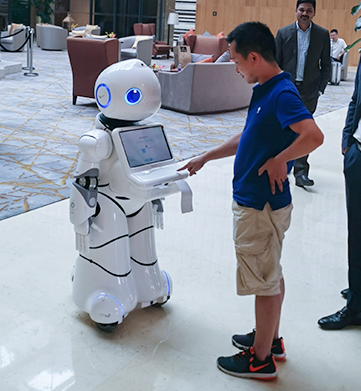 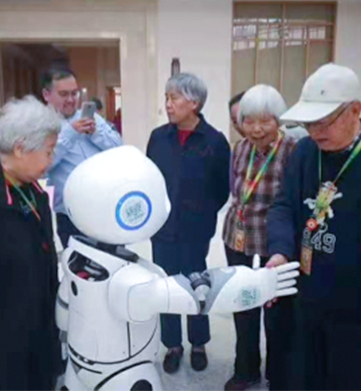 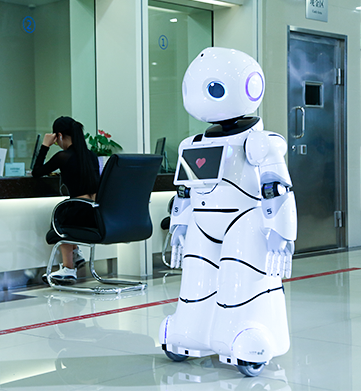 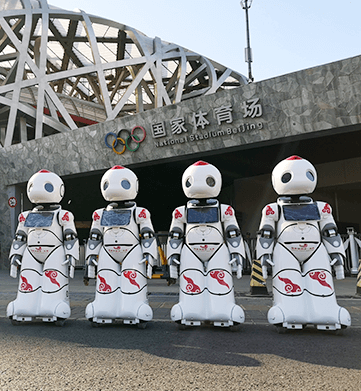 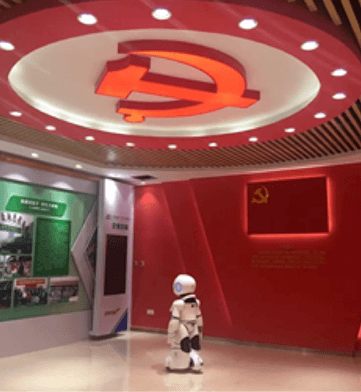 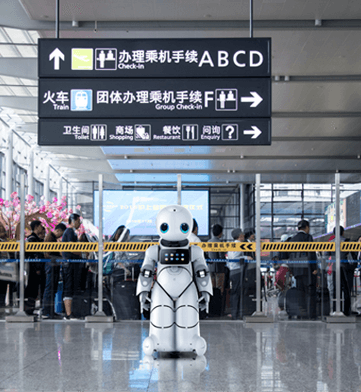 For most updated information